This page may contain products from one or more of our affiliates. We may receive compensation when you click on links to those products.

The New Era 1776 59FIFTY Fitted Hat has been design by Jay.The 4th of July is probably my #1 hat holiday. We usually spend the whole day outdoors in the heat, so a hat is essential. I wanted to make my own design that I could rock every year. When Clink 2.0 launched, this character was one of my first submissions. It didn't make it out of the Critz, but I've learned a lot since then. So, I thought I'd give it another shot this year with some changes. He's got a determined look on his face. Even though he sees his brothers and sisters exploding all around him, he know he has a a job to do, and he's going to do it for all the fans "ooh-ing" and "aah-ing" below. Even if it means being blown into tiny bits of white-hot magnesium. There's a subtle detail of the flames turning into stars to give this hat a patriotic feel, but let's be honest, people don't need a lot of excuses to light off fireworks, and this hat works for any of them: New Year's, festivals, concerts, gender-reveal parties, evenings at the lake, backyard bonfires, peer pressure or just having too many beers out on the porch. Let's light this baby up!

Some of the designs we've curated from the The Clink Room may no longer be available for preorder. You can only then purchase the fitted cap from someone who has already purchased it.

The Clink Room allow designers to create a design/artwork and submit that design/artwork to be produced as a physical New Era 59Fifty fitted hat that will be available for baseball cap fans to purchase for preorders. The Clink Room was created by Brandiose, the design firm known for dreaming up the official names and logos for Major and Minor League Baseball. 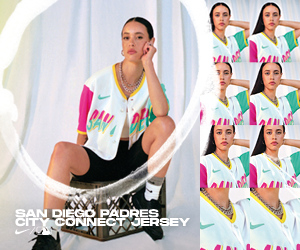